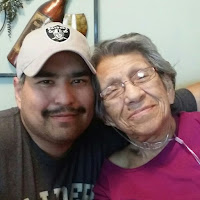 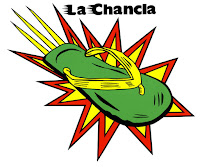 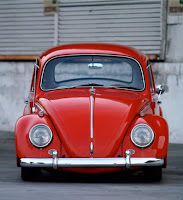 She was a speed demon in her little red bug.  We could hear her coming from blocks away and as a kid, sliding around in the back seat, being thrown into the side of the bug from centrifugal force, was the best thing ever.  My head slammed into the window a time or two but it was worth it for that need for speed.  I, myself, am a spawn of that speed demon, and when I begin to chase that speed, the same grin comes across my face that I use to love seen on hers.
She was a tiny lady but the love she had to give was bigger than giants.  She had many grandchildren and great grandchildren and each child was special to her.  She knew what they needed and she was not afraid to tell her children how to take care of her grandchildren.
My aunts would say I was difficult to shop for because I did not like a lot of things.  She used to say I was very simple yet very complex, always calling me “simply complex.”  Despite that, she always knew if it pertained to Star Wars, Aviation, or books, including comic books, that was all I needed.
She use to send my mother money for me to spend every time there was a book fair at school.  She use to send me books that no one wanted anymore from the hospital, filling my personal library with Robin Cook, Tom Clancy, and Michael Crichton books.  She made sure I was never without something to read.
As an adult, I take all of these and many other memories with me everywhere I go.  She molded me into the man I am today and who I tried to make my child to be.  I can still hear her harsh soft voice, feel her firm tender touch every time life hits me hard.
I may be one of many, but she did her one true job, to make sure I could survive whatever life throws my way.  To know I have to do what needs to be done, but no matter what, she will always love me
She touched many lives in her own way.  No matter who were are, each of us have our own special memories of her.  These were mine.
Posted by Max M. Power