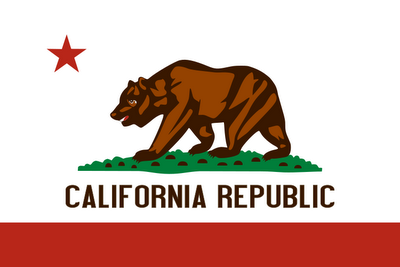 There is a saying that is being repeated over and over in California, and is making its way over to Texas.  “California is full of Mexicans back when it was Mexico.  They didn’t cross the border, the border crossed them.”  People are finding this statement funny and repeating it but when you repeat it have you really thought this through?  Let’s break this down shall we?
First off, I was born in the beautiful state of California, I lived there a total of ten years, bouncing back and forth between Texas and California, until I was eighteen.  Texas is my home but California is my birth place.  I was fortunate enough to study both state history’s in school and I’m proud to have done so.
Now when the “Border crossed them,” it was called a Revolution.  Both California and Texas fought for Independence from Mexico.  What does that mean?  It means they no longer wanted to be a part of Mexico.
Both became their own Republic.  They no longer called themselves Mexican because they did not consider themselves to be a citizen of Mexico, but instead called themselves Californians or Texans.  They were proud to be their own people, their own nation.  They fought and died for that freedom to be separate from Mexico.
Do you see a pattern here yet?
When the United States was spreading west bound they asked these Independent Countries, make no mistake they were their own country once they left Mexico, to join the Union.  So they now became citizens of the United States, again, no longer calling themselves Mexicans but the more common term of Americans.
With all this said, let’s look at what California and Texas is full of, um, not Mexicans, because let’s get this straight people, being a Mexican is a nationality not an ethnicity, they are full of AMERICANS!  That’s right they were born here as Americans not Mexicans.  So when you see the truth this statement falls apart.
Please don’t repeat a false statement, it doesn’t look good for anyone.
Posted by Max M. Power No comments: