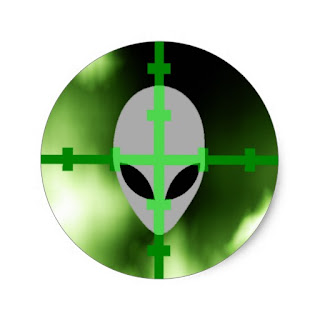 There are three main species that rule the Universe.  My Masters, the Anunnaki, the Reptoids, you call them Reptilians, and the Zeta Reticulans, you call them Greys.  From these three all other species are created.  My Masters, however, have created all fifteen base species in the universe.
The Greys, the youngest of the three, are the most advanced intellectual species in the universe, which also makes them the most dangerous.  Physically they are a weak species and unable to create other species on their own so they rely on taking over species and make hybrids using science.  The hybrids they create are their slaves.
The Reptoids are physically strong but they too are unable to create new species on their own.  Unlike the Greys, they make hybrids by procreation.  If a base species is strong enough to survive the procreation process they become slaves to the Reptoids.
The Anunnaki, the Reptoids, and the Zeta Reticulans are family. Like any family they have been fighting with each other for over one hundred millennium.  The Greys started the war when they tried to enslave the Reptoids and their hybrids.  The Reptoids, full of rage, will destroy a Grey, eating them after killing them violently.
Mankind was the last of the base species to be touched by the Galactic War.  Homo sapiens became the only version of mankind to survive the early battles here on Earth.  The Reptoids tried breeding with Homo erectus but most did not survive the procreation. The Greys tried creating hybrids on Neanderthals but like the rest, most did not survive the process.
To protect the earth my Masters created a new species.  I am an Anuki, a race of female warriors who can not reproduce in any way.  My name is Rosil, and I am the last of my species.  I hunt down any Reptoids that come to procreate with your species, destroying them and their hybrid children.
Your governments, however, protect the Greys.  They have been lying to you.  They have been dealing with the Greys and they are not to be trusted.  The Greys are close to enslaving your leaders.  My Masters have finally given me permission to warn the world of the dangers you are facing.
I carved this message in a crop circle for mankind back in 2002:
“Beware the bearers of FALSE gifts & their BROKEN PROMISES. Much PAIN but still time. There is GOOD out there. We Oppose DECEPTION. Conduit CLOSING.”
Your governments are not listening.  Now I must take extreme actions.  Your governments wants to reveal the existence of the Greys and that you need to protect them.  If this happens mankind will be enslaved.  You are the last line of defense for your species.  Join me.  Become an Alien Hunter.
- Max M. Power
Posted by Max M. Power