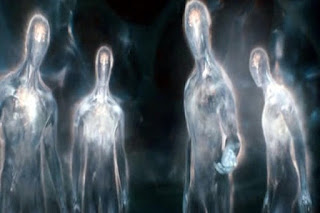 
My heart began to beat faster with each panic breath.  I tried to scream and still, my voice was silenced.  I was fighting for my life as I was being dragged toward the light.  Suddenly and without warning I woke up, my heart beating out of my chest.  I was tormented for fun, by being from another dimension, or as you might call them, I had night terrors.
- Max M. Power
Posted by Max M. Power No comments: