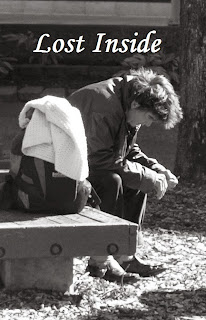 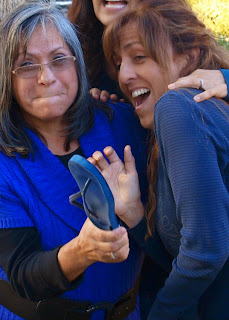 
While all my loving aunts say they did not whip me because I was the “Angel” of the group my bottom begs to differ and thankfully my cousins can vouch for the beatings my butt took.  I have to admit I deserved a third of the beatings I got but didn’t get half the beatings I should have, so by my mother’s logic, and grandmother’s for that matter, it all balanced out.
Now, as an adult, with a child of my own, I can freely talk about those whoopins and laugh about it.  Don’t get me wrong, I’ve always been told that you are never too old to get whooped, but honestly, we wore them out to where the fire that fueled our beatings is now smoldering ashes.  That’s okay because now it’s my turn to be the discipliner.
My parents, were the great discipliners for sure.  Everyone agrees that my siblings and I were the well behaved ones and the “good” ones or “special” ones, and those words come with a hint of resentment when spoken most times, and when I see that look of disgust and calling us the “good” ones I laugh.  We were the “good” ones because of what would happen to us if we misbehaved.
Why do I say all of this?  Well, as appose to when I was growing up I have noticed that most parents refuse to discipline their children, one mother going as far as to tell me she does NOT tell her child No and how dare I grab her son.  Well, your son that you never tell No to was about to fall of the second floor balcony and by me grabbing his arm I pulled him back from the edge just as he was going over.  I told him No, because I’m not afraid to, and he said okay and ran back to his friends like nothing had happened.
I see it on a daily bases, parents who look like they don’t care and are afraid of their children.  I also see the ones who have given up and don’t care anymore.  I shake my head because the solution is so simple, whip their butts when it’s needed.  Trust me, they will learn and listen.  And for those who say you’re hurting the kid mentally every time you hit them, guess what, NO YOU ARE NOT!!!
I was whooped and I turned out fine.  I have a cousin who was not whipped and she turned out fine too, but her argument is invalid because notice I said, as needed.  She did not need spankings because she truly was a good child.  My own child, has only been whipped twice in her life and those were, again, as needed.
Now it’s, “Cough cough, I don’t want to go to school,” or “I just don’t feel like going to school,” or “I don’t want that.”  I cringe when I hear that because of what I have been conditioned to hear what comes next and then, it never comes.  The response I would have gotten was, “Are you dying? Get your butt to school,” “I don’t care if you don’t feel like it, get your butt to school,” and “You can either do it with or without tears, but you’re going to do it.”
Parents need to remember that your child is your CHILD, not your best friend.  You can not discipline your best friend.  When that parent/child relationship is no longer defined as it should be then all other relationships break down.  The lack of respect in the family unit has gone out the window.
I hear child call their parents, their aunts or uncles, and sometimes even their grandparents, by their first name without a title before it.  I had this problem when my daughter stated talking and she would call someone by their name and I would correct her, “I can call him by his but you call him Uncle.”  Then Uncle would say, “It’s okay, she doesn’t have to.”  To which my response was always, “Yes, she does.” Leaving no room for arguing this point.  That’s how I was raised and it was with respect.
If I ever called one of my aunts or uncles by their first name only a slap would soon follow, either across the face or up the back of my head, it came, then I had to say their name properly, according to what it was to me.  My nieces and nephew, grown adults and with children of their own, still call me with Uncle before saying my name.  Their children do the same, even if they do not want to, they know what will happen if they don’t.  I won’t hit them per say but I will ignore them until they call me by my proper name according to them.
Why do I say all of this?  Because this is a major part of why this country is going to hell in a hand basket.  I will give you a chance to discipline your own child and if after a while you do not I will tell you something.  If you can’t play well with others in society then leave but I’m not about to let it go without something being said and if you choose to set me straight rather than your own kid then you need to be taught a lesson and I will gladly be the instructor.  I care about your child’s wellbeing, even if you do not.  They need to be taught, it is not automatic and if nothing is ever said then nothing can ever be taught.  By not saying anything you are contributing to the downfall of our youth.
This rant has been brought to you by a well-adjusted member of society who got his ass whooped.
Posted by Max M. Power No comments: